Deceptively simple, amazingly versatile, white ceramic subway tiles can be combined in a multitude of ways to create different looks: retro or modern, elaborate or sleek. So if you're renovating your kitchen or bathroom, get on board with the possible patterns provided by this ingenious tile.

The popular running bond pattern, seen in the New York subway, is set just like a conventional brick wall. Horizontally laid tiles form rows, and each adjacent row (above and below) advances half a tile. While grout lines run in straight lines horizontally, they do not run straight vertically; the vertical grout line is interrupted by the next row's tile. Simulating a brick wall, this pattern perfectly coordinates with classic or retro style kitchens and bathrooms.

A simple twist turns this classic design on its head. If you shift the whole pattern 90 degrees, so the tiles run vertically up the walls, you have the vertical running bond. (Just imagine a typical brick wall turned at right angles.) In this case, the grout lines run straight and uninterrupted vertically, but they are stopped by the next row horizontally. This pattern, particularly with contrasting dark grey grouting, is excellent in showers and on walls, making them appear taller and higher.

Consider again the original horizontal running board (or brickwork) pattern: a simple change creates yet another style. By simply lining up the tiles horizontally and vertically so that all grouting runs straight in both directions, you have the horizontal stacked bond pattern. Particularly when paired with similarly coloured grouting, the clean, minimalist result brings the classic subway tile right into the modern-day kitchen or bathroom.

The Herringbone or Chevron Pattern

The patterns here described so far have either a vertical or horizontal emphasis, but what about the diagonal? Here is where the herringbone or chevron pattern comes in. This design creates a horizontal zigzag accent; tiles are set at 45-degree angles so that the end of one tile joins the side of the adjacent one. The movement in this design, the ups and downs, leads the eyes along and around the pattern, making it perfect for kitchen splashbacks.

Who would think that a simple white wall tile could create so many different looks (many others of which are not described here)? Even though individually simple, arranging and patterning the subway tile creates many attractive designs, showing, in this case, that the sum really is greater than the parts.

For more information about wall tiles, contact a tiling professional. 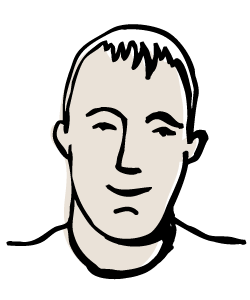 Hello, my name is Charlie and I am from a small town located in the middle of nowhere. I recently bought my first home and I was super excited to get to work on turning it into a dream place. The place needed quite a bit of work but the area which was most neglected was the carpeting and hardwood floors. I don't think the carpets had been cleaned for years so they smelt really bad and looked even worse and the hardwood flooring was badly damaged. I was lucky enough to find a fantastic flooring contractor who taught me all of the tricks of the flooring trade.